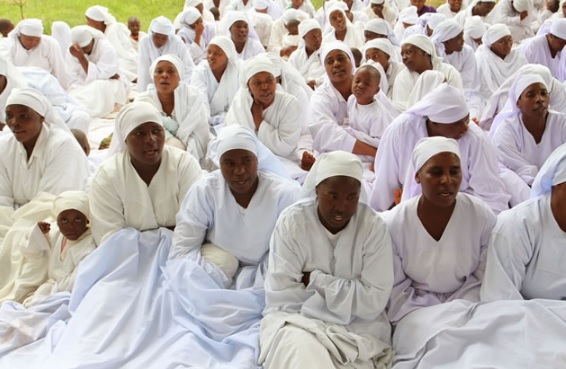 A Johane Marange apostolic church member who was married whilst in grade 5 recently opened up on her experiences in the religious sect. Now aged 47, the former child bride revealed that out of the 14 children she gave birth to, 10 had died.

The spotlight has been forced on the Marange communities and the issue of forced child marriages following the harrowing death of Memory Machaya. 14-year-old Memory died while giving birth at a Johane Marange Apostolic church shrine. She was forced to drop out of school while doing Form One to get married to Evans Momberume, a much older man.

According to the local investigative publication, The NewsHawks, the 47-year-old woman who is referred to as Norest Kubaya to protect her identity, said she was married at the age of 12. However, she says that, unlike Memory, it was her choice to get married. She thought she would have a better life if she became the 7th wife of a polygamous man.

“I was in Grade Five when I eloped for my marriage. I must admit that it’s actually me who wanted to get married. My father was against it. He feared for my well-being since I was still too young to be married. Being a child, I was lured into the marriage by the prospects of a better life. My father wept when he heard I was pregnant the following year,” Kubaya said.

Her husband married 4 other wives after her. He sired a massive 64 children from his 11 wives. The former child bride revealed that she was expected to sire more children to replace those who died.

“After a child’s death, you go back to your parents for a few months as part of consoling. When I returned to him, it was my duty to conceive as part of replacing the deceased child. This is how I lost several of my children.”

Kubaya attributed the death of her 10 children to a lack of proper medical care.

“There are trained midwives at the shrine but, personally, I was attended to by my mother, who is also a midwife. Several young women have died while giving birth because of complications that needed operations and may lose a lot of blood. The scenarios differ,’’ she added.

“There will never be official statistics on how many young women have passed on during birth at the shrines. Burials are done secretly by few family members. The doctrine is that we must not reveal much to outsiders. I lost 10 of my children at different ages, the oldest being seven years. It was due to different illnesses, but I never went to hospital to get medication for them. We accepted that it was natural for them to die. Even some of the newly married still believe this,” she revealed.