ZIMRA tightens grip on bale hoarders in this economy 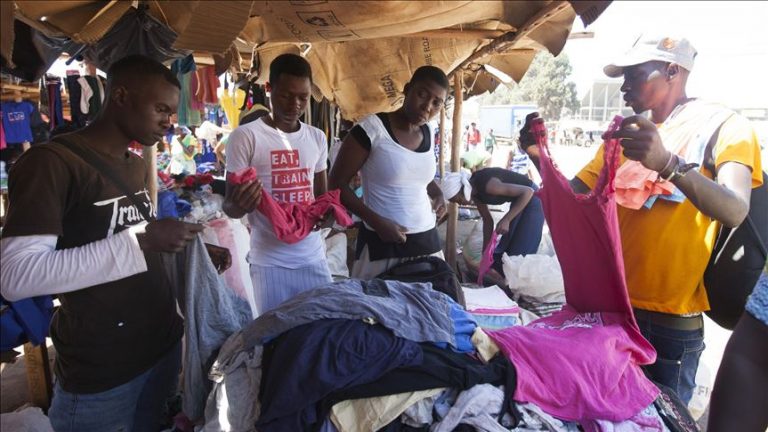 ZIMRA tightens grip on bale hoarders in this economy

It’s only in Zimbabwe where you can commend and criticize the government on doing its job and for making the lives of citizens difficult. A well detailed report of the capture of bales was published on a few news sites and if the reports are anything to go by, the progress by ZIMRA is evident and very commendable.

However, there has not been any communique from government with regards to how citizens that depend on buying and selling thrift items from bales are expected to survive. After all, the country’s Labour Act does not provide unemployment benefits.

The worrying factor is that most of the country’s population is supported by businesses in the informal sector and the black market, the mabhero business being a particularly thriving area before it was banned.

“The informal economy is the economy of Zimbabwe” said Wisborn Malaya, secretary-general of the Chamber of Informal Economy Associations. The informal sector contributes a little over 40% to Zimbabwe’s Gross Domestic Product. Over 3 million people are vendors, in a population of about 13 million. 65% of the informal traders, including the vendors, are women.

Just as the country’s economy is rearing its head economically after a depression caused by the covid-19 pandemic, ZIMRA decides to come down hard on informal traders trading in imported thrift clothes.

The mabhero business had been providing thousands of Zimbabweans with a reliable source of income.

It thrived due to the astronomical cost and substandard quality of locally manufactured clothes and shoes.

The thrift clothes industry did not only serve the trader, but also members of the public who purchased their products at the bhero stalls.

They attest to the good quality, authenticity, and affordability of the products.

With those statistics in mind, we revert to Minister Chinamasa’s argument when the ban on second-hand clothes import was introduced.

The thriving business of mabhero was increasing the country’s import costs, so it was only logical to increase taxes on imported goods.

Customs duty rates were set at USD$5 per kg on clothing and 40% plus USD$1 per pair of shoes.

The reason being that local textile and leather industry was suffering due to high levels of importation.

How practical is it to ban the sale of mabhero when the PLD is at USD$44? Factor in transport costs- ZUPCO which prices tickets in ZWL meaning that citizens have to part with their hard-earned United States dollars but in an economy that shuns the local currency due to hyperinflation.

School fees, cost of food and rentals. How practical is it especially when there have been fruitless attempts at revaluing the Zimbabwean dollar? How are the women and other thrift clothes seller expected to get by in light of the new law against thrift imports?

The government is doing well by taking control of the textile and clothing industry however, those who are affected by this decision need to be catered for by government.

Inflation ranges at approximately 300% and most prices are charged in dollars. Citizens employed by the government earn their salaries in the local currency, buying US dollars will leave them with very little money to take care of their basic needs.

So, this begs the question: is the government working with the interest of the people at heart?

Furthermore, if progress is going to be of such nature, are Zimbabwean communities prepared for such progress?